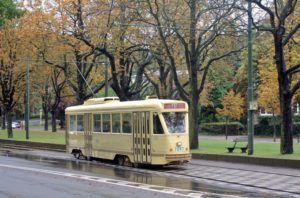 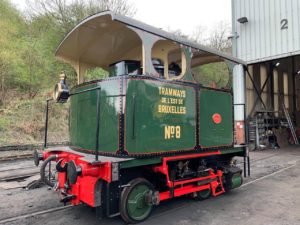 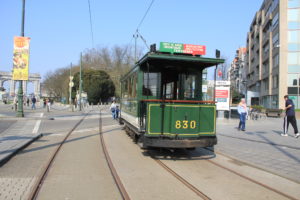 In 1982 STIB founded the nonprofit organization “Musée du Transport Urbain Bruxellois” to develop the activities of what is now known as the Tram Museum. It was a brilliant idea: enthusiastic amateurs would be laying the groundwork for a collection of vehicles, objects and archives telling the story of public transit in our capital from 1835 until the present day.

The idea was hugely successful. With guidance from STIB and occasional help from the Brussels Capital Region the collections and activities of the Museum have only grown in these past 40 years. The exhibition space was expanded in 1985, the buildings were listed in 2001 and renovated from 2006 to 2009. The heritage tram and bus trips run by the Museum are an integral part of the sights and attractions in Brussels, the number of exhibits at the Museum keeps growing and behind the scenes the archives keep expanding. All of this is only possible thanks to the permanent hard work of many volunteers, young and old, who all share the same passion!

This year our Museum turns 40. We are not experiencing a mid-life crisis, though! Instead, all of our volunteers are doing our utmost best to celebrate and share this anniversary with you. The birthday party will take place on Sunday 22 May from 11 a.m. to 6 p.m. The main activities and attractions are:

Our heritage buses will also be participating. To connect all of the main attractions we will run shuttle buses between sq. Montgomery and Ban Eik (line no. 30) via ave de Brocqueville, Tomberg, Roodebeek, bd de la Woluwe, the Tram Museum, ave de Tervuren to Tervuren, and from there to Ban Eik via Leopold III-laan.

All of these routes are accessible free of charge (except line 160), as is the entry to the Museum where a number of activities are scheduled. As usual our “Tram-O-Bar” will serve drinks and snacks. Additionally, STIB will showcase its brand new “Tram New Generation” at the Museum. 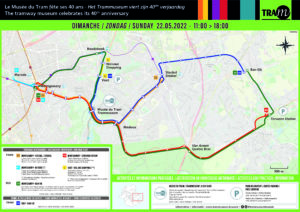