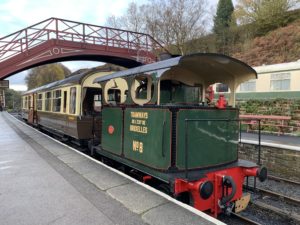 We are finalizing the preparations for the 40th anniversary of the Museum on the 22nd of May. One of the stars of the day will be a steam tram locomotive of the “Tramways de l’Est de Bruxelles”, built by Cockerill in 1890. The Tramways de l’Est de Bruxelles ran a steam tram line between place Saint-Josse and the Brussels cemetery from 1885 to 1891. The line mostly used the chaussée de Louvain where it had its tram shed at place Dailly. It used eight steam locomotives of which numbers 7 and 8 were delivered by Cockerill in 1889 and 1890. After the dissolution of the company locomotive no. 8 was sold to the Société Nationale des Chemins de Fer Vicinaux (SNCV). They in turn sold it on to zinc mining company “Vieille Montagne”, among other reasons because the loco’s track gauge of 1m435 did not fit the mostly metre gauge SNCV network. This was the start of a long industrial career for locomotive no. 8, at the Silly sugar refinery and Charles Focquet in Vilvoorde. In 1987 tram enthusiasts succeeded in preserving no. 8 and transported it to the United Kingdom. During the past few years it was meticulously restored to working order by the “North Yorkshire Moors Railway“.

Thanks to the current owners – and their excellent cooperation with our Museum – steam locomotive no. 8 can exceptionally run on boulevard de la Woluwe between “Woluwe Shopping” and “Voot” on 22 May. This is a unique opportunity to see an impressive steam machine at work. It is one of the last remains of the – limited but nonetheless nonnegligible – role of steam power in the development of public transit in Brussels. 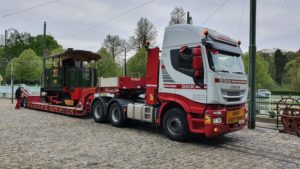 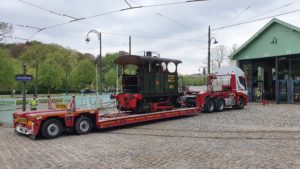 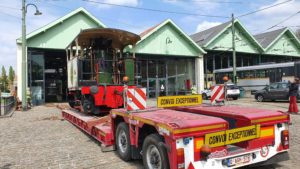 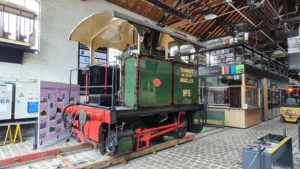