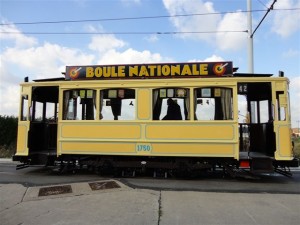 These motor cars were the first in Brussels with transversal seats that enabled passengers to admire the landscape rather than to have them sit with their backs to the windows. They were used on the so-called “strolling” lines to Tervuren and Boitsfort. They underwent many modifications in the early 1930s that deeply changed their overall appearance. These “new” 1700s were used until 1957. Motor car 1750 has been restored to its World War I condition, with its oil lamps adapted to run on electricity.